In volume II of the treatise: New Paradigm in Physics: Assumptions and applications of the Theory of Dynamic Interactions. Amazon, 2018, Gabriel Barceló expresses about the image of the universe:

After our first hypothesis, I started the study of the evolution of human knowledge of the cosmos. This analysis was collected in the book: Imago Universi, a story of human conception of the cosmos. The text describes the human evolution of the image of the universe (Imago Universi), and how human curiosity and observation had been generating different and new hypothesis of the celestial dome, and, through time, the development of new mathematical models and new structures based on the logical reasoning, to understand the behavior of the universe. It also analyses the evolution of the knowledge of rotational mechanics and its application to celestial mechanics. 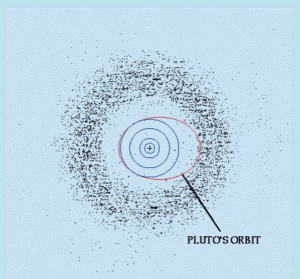 Figure 8.2. The outer planets and the Kuiper disk. It is common in the solar system to find flat celestial structures such as the Asteroid Belt, the Kuiper Belt, or the diffuse disk

The treatise reminds that the phenomenon of the planets orbiting around the Sun, simultaneously with its intrinsic rotation around its axis, is not explained by Newtonian mechanics. Newton neither explains the reason for the rings of Saturn (See Figure 8.1) nor many other systems of flat rings in our solar system like the already mentioned asteroid belt, the Kuiper belt (see Figure 8.2) or the diffused disc. Therefore, when elaborating this dynamics theory, I intuitively acknowledged its possible application to better comprehend the natural environment and to justify the harmony and structural stability of the universe.

In last chapter of the text Imago Universi, the application of the Theory of Dynamic Interactions to astrophysics and specifically to the dynamics of stellar systems and galaxies is included. The treatise has a video of presentation that can be viewed. 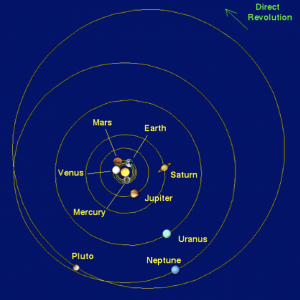 Figure 8.3. Representation of the Solar System, which is situated on the plane of the ecliptic.

It is noteworthy to underline again that in the universe, the usual and repeated movements are mainly accelerated by rotation, except for those of free fall. However, the general theories of Relativity of Einstein, the relativity of Galileo-Newton and, in general, also classical mechanics, are based on the assumption of translational relativity. These theories consider transformations as translational coordinates and therefore, when describing rotation movement, the transformation of angular (or rotational) coordinates has to be added to the transformations of translational coordinates. Moreover, the apparent inertial forces that might appear assuming accelerations by rotations are not always structured in those theories.

However, another alternative that we have already commented on could be the development of a theory of rotational relativity directly from the dynamic analysis of the accelerated motion of celestial bodies due to rotations, not including fictitious inertial forces. In this way, the theory would derive directly from the analysis of resulting fields of dynamic magnitudes and the study of their natural coupling, according to the proposal of Dynamic Interaction Theory.

Instead, the standard cosmological model has chosen to take Newton’s laws designed to translational motion. But these laws, which allow models acceptable in our solar system (see figure 8.3), are not confirmed at other levels of the universe, for example, for galaxies. The dynamics of these do not respond to the laws of Newton.

On the contrary, our text suggests there exists a still wide field of research in relativistic mechanics, in relation to these questions and we therefore advocate for the need of a profound revision of the structure and limits of classical mechanics such as might be the proposal of a theory of rotational relativity to fully understand the behavior of the Universe.

Imago Universi is a historical narration of the human process of discovery of the universe, but it also suggests new keys to the understanding of its behavior and comprehends its centuries-old dynamic balance.